How To Feed Raw Frog Legs For Dogs
How To Measure Percentages In Raw Feeding
Liver For Dogs: Your Questions Answered
The Benefits Of Kelp For Dogs: A Powerful...
New and Discontinued Food Items at Raw Feeding...
Pet Bloggers Journey 2021: What Happened At K9sOverCoffee
How To Feed Raw Fish For Dogs
My Year In Review – Looking Back At...
How To Feed Raw Dog Food For Joint...
Vegetables in raw dog food: Yes Or No?
How To Make Raw Dog Food With Goat
Raw Feeding FAQs
Dr. Harvey’s Paradigm Dog Food: How To Feed...
Holiday Gift Guide For Raw Feeders: Find Practical...
3 Best Raw Dog Foods In The US...
How To Add Fur To Raw Dog Food
Where To Buy Raw Duck For Dogs 🦆...
Raw dog food for puppies: How much and...
What’s The Cost Of Raw Dog Food?
Raw Dog Food Recipes & Tips For Dogs...
Home Lifestyle Tips For Hosting An Air B&B Space With Dogs
LifestyleTraining

I recently converted the in-law suite on my upstairs level into an Air B&B space. It’s a good way to make a little extra cash, get to know different people from a variety of walks of life, and it’s great for ongoing socialization purposes for the pups.

Having said that, it’s a good idea to think about the logistics that having dogs on your property entails before listing your space.

Mention Your Dog(s) In Your Listing

First things first – if you have dogs who live in your home and will be present while Air B&B guests are staying over, do mention it in your listing. Some people are afraid of dogs or simply do not care to be around them.

This is what my listing says:

Be Home To Greet Your Guests In Person

Some Air B&B hosts choose to have a lockbox on their front door that holds the key to their house. It’s a great way of enabling guests to let themselves into their space in case the host can’t be present during check-in.

When I thought about the logistics of listing my space I knew immediately that I wouldn’t be able to use this option. I can’t have strangers entering our home while I’m gone and expect Missy & Buzz to politely greet them.

I also wouldn’t want to take the chance of the pups running off and I personally wouldn’t be comfortable coming home to a stranger in the house, even though I already virtually “met” them. I do insist on meeting every guest in person. So far, this approach has worked out quite nicely.

Keep Your Space Clean – “I Noticed Your Place Doesn’t Smell Like Dogs At All!”

Two of my guests have made the comment that my place doesn’t smell like dogs at all. Sorta surprising when you have two medium to large dogs, right? Well, that’s one of the many benefits of feeding your dogs a species appropriate diet. Dogs who eat raw meat don’t have that typical dog smell about them, so it’s only logical that the house they live in doesn’t either.

So this specific nutritional approach that I take with my pups works out great for my Air B&B adventure, but beyond that I also make sure to give the guest space as well as all shared spaces a thorough cleaning prior to check-in time.

I will say that I’m sort of a neat freak by nature and keep my house clean either way, but I do step it up a notch when I get the booking alert on my Air B&B app.

If your dogs aren’t raw fed, it might be worthwhile giving them a bath before a guest arrives. After all, you want to make the best first impression possible to get outstanding reviews that will attract new guests, and possibly even repeat guests.

So far, I’ve had one repeat guest who’s stayed on 4 separate occasions, and one couple who spent 9 consecutive nights while house hunting, followed by an additional 18 nights while waiting to move into their new home. It’s perfect because the pups already know them and I didn’t have to do any re-introductions.

Don’t Let Your Dogs Invade The Space Of Your Guests

Since Missy & Buzz are crate trained, I put them up in their crates right before a guest arrives to check in. That way, they’re not invading the guest’s personal space and I get a chance to show the guest around. Once they’ve settled into their guest space, I introduce them to the pups. Usually Missy is first because all she wants to do is be loved on. Buzz only wants to enlist the new visitor to play ball with him, so I’m saving that for last 😉

If your dogs aren’t crate trained, another option would be to confine them to a bedroom.

Back in the day when I started crate training the puppies

Speaking of bedrooms – the pups sleep in my bedroom at night and I usually don’t close my bedroom door. After all, I would want them to be able to react and protect the house & myself if someone broke in. I do, however, close my bedroom door at night whenever Air B&B guests are present. That way the pups are out of anyone’s way should they be going into the kitchen or needing to leave super early in the morning before I’m up.

I’ve also told all guests that they may want to close the privacy door leading to their space upstairs. Missy & Buzz are nosy and would wander up there to sniff around if it stayed open 😉 They were particularly interested in doing that when the house hunting couple stayed here because they brought their 2 guinea pigs along. The pups were very intrigued in getting to know them, which, of course, didn’t happen.

If you need a few tips on how to crate train your pup, check out my blog post How To Combine House-And Crate Training Your Puppy.

Give Your Guests Clear Dog Instructions

I’ve learned that one the hard way when I failed to mention that Buzz can & will open packages left out within his reach. One of the guests brought a package inside while I wasn’t home and placed it on the floor right by the front door. Since it contained their monthly single-ingredient, air-dried treats from Real Pet Food, Buzz opened the package and (hopefully) shared the beef liver, smelt, and turkey breast with his sister.

So do yourself a favor and think about what kind of trouble your pup could manage to get into while they’re home alone with the guest(s). One option would certainly be to just put them up in a room or crate them.

While I’m only two months into hosting an Air B&B space, it’s been a great experience so far. The pups seem to think so too as they’ve been getting their fair share of lovings from our guests!

It has literally paid off to think about the logistics involved with dogs on the premises. So to recap, if you’re thinking about listing your space with dogs on Air B&B, I would:

Have you thought about listing (part of) your home on Air B&B? Do you have any further tips on how to make the experience a smooth one for everyone involved? As always, we’d love to hear from you in our comment section! 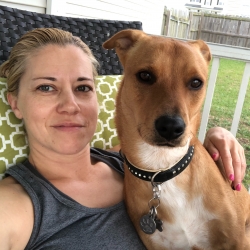 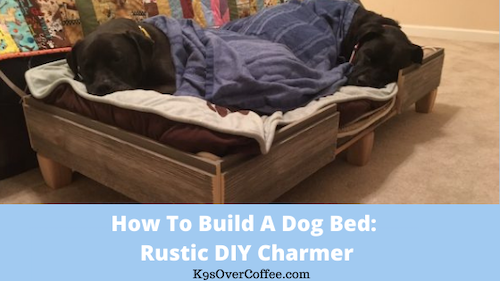 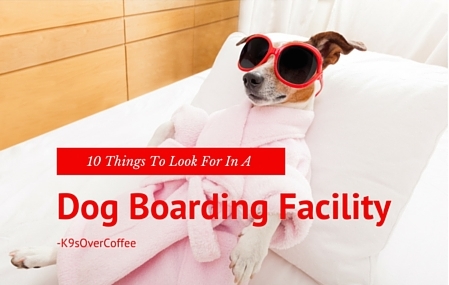 10 things to look for in a Dog Boarding Facility

Tools Of A Professional Dog Walker – A Glimpse Behind The Scenes 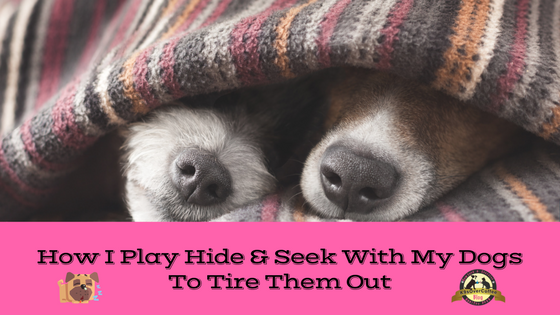 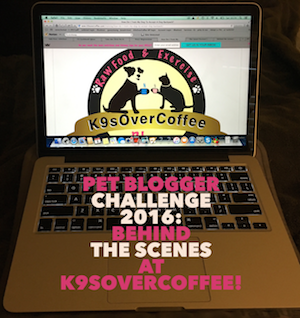 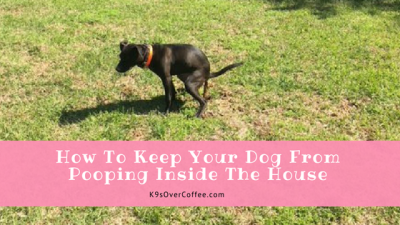 How to keep your dog from pooping inside the house 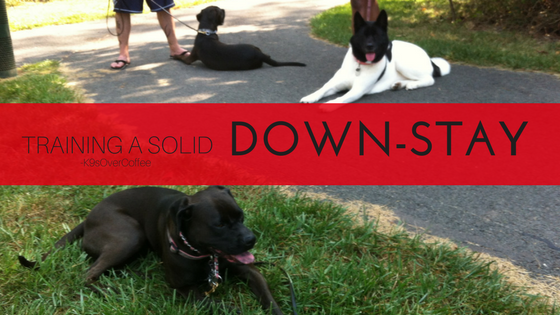 How To Teach Your Dog A Solid “Down-Stay” 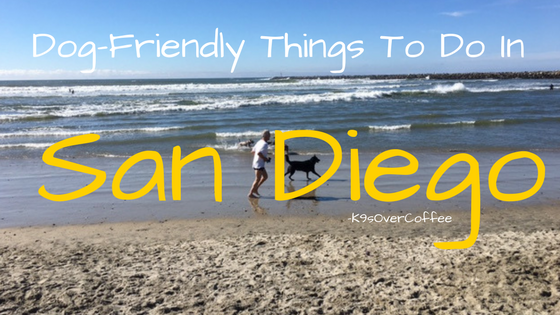 Dog-Friendly Things To Do In San Diego 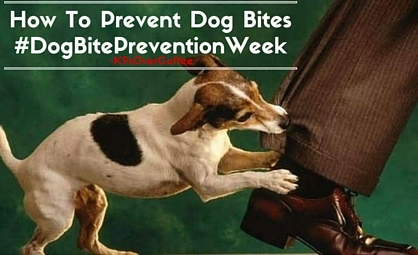 How to combine house- and crate training your puppy!

January 27, 2016
Join the K9sOverCoffee Community to stay in the loop about recipes, reviews, and giveawys! Get your free raw dog food recipe as soon as you sign up!