10 Ways To Entertain Your Dog When You’re...
Exercising My Dog With The Ruffwear Commuter Pack
Reviewing Ruffwear’s Front Range vs Load Up Harness...
Ruffwear’s All-Weather Sleeved Jacket “Cloud Chaser™” – A...
3 Of My Favorite Raw Dog Food &...
Go For A Lovely Walk In The Rain
How To Exercise Your Active Dog When You’re...
Dog-Friendly Things To Do In San Diego
We Found A Natural & Durable Squeaky Dog...
How To Teach Your Puppy To Walk On...
Home Myth Busters 5 Myths About Raw Feeding | Part 2 “Your Dog’s Raw Diet Contains Bacteria That Will Make his Human Family Sick”
Myth BustersNutrition

Welcome to Part 2 of my Raw Feeding Myth Buster Mini Series ~ it consists of 5 myths around the raw feeding world that I am going to rebut. Last week I busted the myth that raw fed dogs are aggressive. Missed it? Check it out here:

Today I’ll be proving that feeding your dogs a raw diet will not get you sick!

Opponents of the raw diet have actually managed to spread this fear of getting sick by handling the raw meat we feed our dogs. They argue that this is the case because the raw meat could harbor salmonella, e.coli, and other bacteria.

# 1 Ally: Hygiene In The Kitchen

Hygiene in the kitchen is your #1 ally in ensuring that no bacteria from fresh meat is going to wreak havoc in your human body.

I always dispose of empty meat packaging right away ~ I’ll have a plastic bag sitting right on the counter whenever I pull meat out that’s still wrapped, and place the packaging into the plastic bag. Once I’m done handling the meat, I’ll tie a knot into the bag and then throw it out into the trash can in the garage.

I also place a large doggie towel under Missy’s & Buzz’s bowls whenever I add a raw meaty bone because they will pull it out of their dish & eat it on the floor next to it. Once they’re done eating, I simply toss the towel straight into the washer.

Side Note: Missy & Buzz get a raw meaty bone (lately duck necks) 2-3 times per week because it is great for dental care while having that satisfying “crunch” factor the pups love!

As mentioned above, I do wash my hands thoroughly with warm, soapy water after having prepared the pups’ raw meals, and the same goes for raw meat I handled when preparing it for myself – that’s just common sense. #NoBrainer

Side Note: I came across a video of Health & Wellness Couch Beth Carpenter from Austin, TX, where she’s making her very own raw dog food from scratch. She has an extra set of dishwashing gloves that she only uses for mixing pureed fruit & veggies with raw meat. (Fast-forward to minute 19 to see her gloves!)

She explains that she washes them with hot, soapy water after each usage and then sterilizes them.

I thought that was such a clever idea, and one that is gentler on the environment than using disposable gloves that get discarded immediately after having been used once.

#2 Ally: Only Buy High-Quality Meat From A Trusted Source

You should, of course, stay clear of rancid, bad meat, and make sure to only buy high quality meat from a trusted source. This could be your local butcher who doesn’t use growth-hormones and/or antibiotics in raising his animals.

This could also be an online retailer for raw dog food such as RawPaws Pet Food or Darwin’s Natural Pet Products, both of whom only use high-quality protein for their meals (we started with Darwin’s & now use RawPaws).

There are several other retailers in the raw dog (& cat) food market – I’ve heard of RawFeedingMiami, ReelRawdog, Soul’y Raw, and others – which is great news as it indicates a trend towards feeding our dogs a more species-appropriate diet!

Side Note: Raw meat that has been frozen for about a week won’t have any bacteria left in it.

The following video features Dr. Dee Blanco, DVM at Marty’s Meals in Santa Fe, NM, who has over 34 years of experience in animal medecine, and has fed her own pets a raw diet for close to 3 decades!

In this video, she covers the basics of raw feeding, and also points out that feeding our pets raw meat freaks some people out – and why it shouldn’t (fast-forward to minute 12 to watch that particular portion; I suggest bookmarking this 47 minute long video if you can’t watch it right now – it is SO informative, you’ll have all kinds of “AHA” moments while watching it!).

We began feeding Missy & Buzz a raw diet in mid-June of this year, and have become very confident in feeding this healthy, minimally processed food.

Neither my husband Ian nor myself have become sick at any point in time throughout these last 5 months, and we handle the pups’ raw food twice every day – that’s 306 raw meals on 153 days, without any incidents! #MythBusted

Has the myth of potentially getting sick from feeding your dog (or cat!) a raw diet kept you from giving it a try? As always, we’d love to hear from you in our comment section! 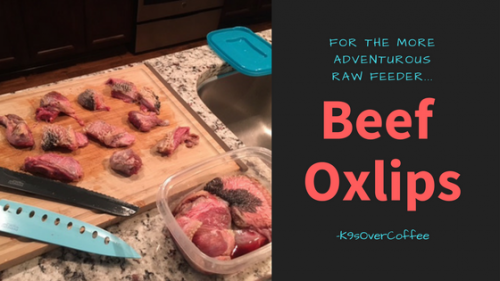 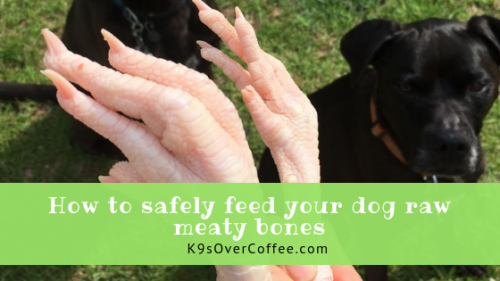 How to safely feed your dog raw meaty bones 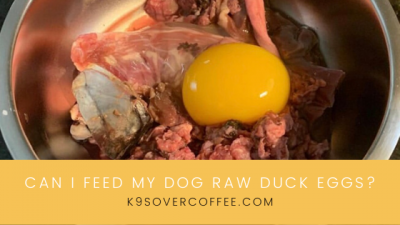 Can I feed my dog raw duck eggs? 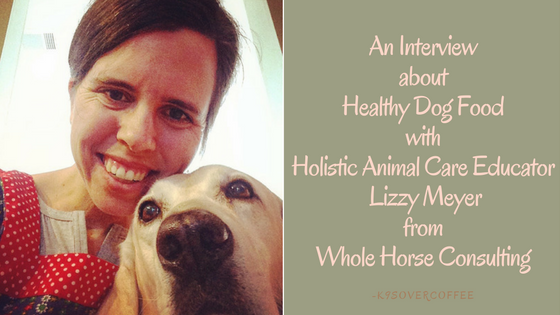 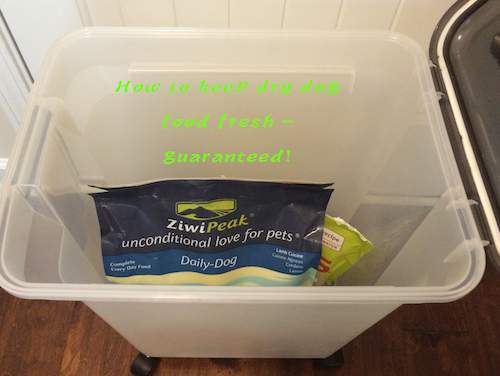 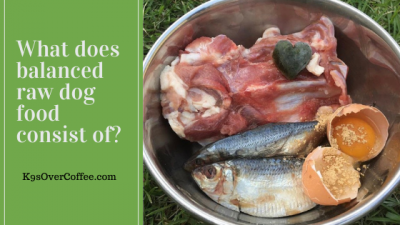 How To Take Control Of Your Dog’s Obesity 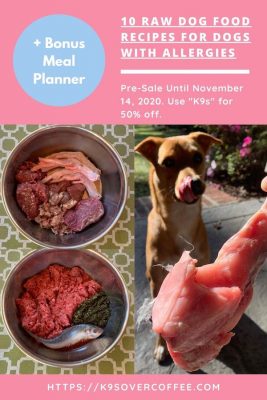 When you come home from your fall morning walk ...

Wally slows way down when he eats his raw dog food...