10 Ways To Entertain Your Dog When You’re...
Exercising My Dog With The Ruffwear Commuter Pack
Reviewing Ruffwear’s Front Range vs Load Up Harness...
Ruffwear’s All-Weather Sleeved Jacket “Cloud Chaser™” – A...
3 Of My Favorite Raw Dog Food &...
Go For A Lovely Walk In The Rain
How To Exercise Your Active Dog When You’re...
Dog-Friendly Things To Do In San Diego
We Found A Natural & Durable Squeaky Dog...
How To Teach Your Puppy To Walk On...
Home Nutrition How To Make Refreshing Raw Goat Milk Treats
Nutrition

I’m excited to report that I can now put a big fat checkmark  ✔ next to the raw goat milk that had been on the pups’ shopping list for a while. I ordered some and it’s a hit with both Missy & Buzz!

They absolutely love it. I tried a little myself since it’s so healthy, but don’t love the tangy taste quite frankly. Maybe I’ll try adding some to a smoothie where the taste won’t be as noticeable.

The reason I wanted to add raw goat milk to the pups’ menu was because it’s also known as “universal milk” (= digestible by most mammals) and comes with a ton of health benefits. Unlike cow milk, it’s easily digestible and much lower in lactose.

That’s why I’d be interested in raw goat milk for myself as well – I used to eat cereal with cow milk every morning for the longest time, but finally put an end to that habit last year because the cow milk just didn’t agree with my stomach. Now I only use a little tiny bit in my coffee.

The Benefits Of Raw Goat Milk

Besides being easily digestible, it also relieves joint pain and destroys yeast. As such, it helps tremendously in dealing with arthritis related symptoms, fighting off allergies and yeast infections.

Buzz used to get yeast infections in his ears back in our kibble feeding days. Interestingly enough, whenever I’ve fed him the dehydrated, soupy consistency from The Honest Kitchen for a few weeks, his ears would also be slightly inflamed again, although nowhere near as bad as it was when he ate dry dog food.

Now that he’s primarily on the prey model raw diet, he’s no longer bothered by them, but I figured an ounce (or 8, see below in feeding guidelines) of prevention can’t hurt. Neither him nor Missy are getting any younger, and I strongly believe in preventing bodily aches before they get the chance of turning into full blown decay.

How To Make The Raw Goat Milk Treats

Now back to the treats – I thawed the quart of raw goat milk, filled a few fun silicone molds with the milk, and then transferred them into the freezer. Once frozen, they make the perfect treat for a hot summer’s day. It’s been crazy hot here in NC lately with temps in the upper 90s that felt like in the 100s, meaning the pups were very grateful for their frozen goodies.

How Much Raw Goat Milk Can My Dog Have?

It was a bit of a challenge finding out how much raw goat milk dogs can have based on their weight, and the only place that seems to have guidelines for it is Primal Pet Food. According to them, dogs can have the following daily amount of raw goat milk:

Where To Purchase Raw Goat Milk

I purchased the quart of raw goat milk I used to make these frozen treats from Raw Feeding Miami, but I’ve noticed that several different raw dog food retailers carry it. Raw Paws Pet Food does, and so does Primal Pet Food (obviously, since they’re the ones I got the feeding suggestions from) and Steve’s Real Food  (well, Steve’s Real Food sells raw goat milk yogurt which sounds intriguing, too).

I actually picked up a can of evaporated goat milk at Walmart the other week, but of course that kind is far from the raw deal. I’m not even sure yet what I’ll use it for, lol! I guess I was so surprised to see that Walmart carries any kind of goat milk that I just had to put it into my shopping cart.

Raw goat milk is known as one of the most complete, natural foods and is an easily digestible source of probiotics for dogs (& cats as well, actually most mammals do well on it, as mentioned above).

I couldn’t be more excited about my new health find for the pups and will see about incorporating it into my diet as well. I’ll continue feeding it frozen while the temperatures climb during summer, and will then probably just pour it onto their raw food come fall and winter.

Have you given raw goat milk a try? As always, we’d love to hear from you in our comment section!

Can My Dog Have Pineapple? 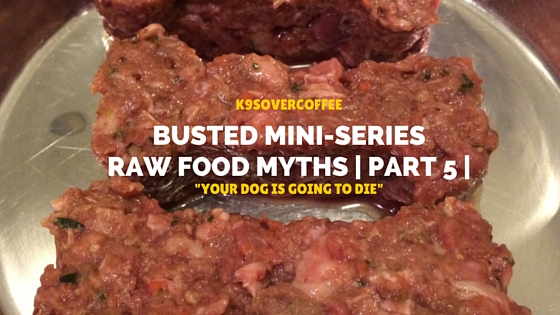 Can I feed my dog tuna?

Busted: 5 Myths About Raw Feeding | Part 3 “Your Dog Will Get Sick When Eating A Raw Diet” 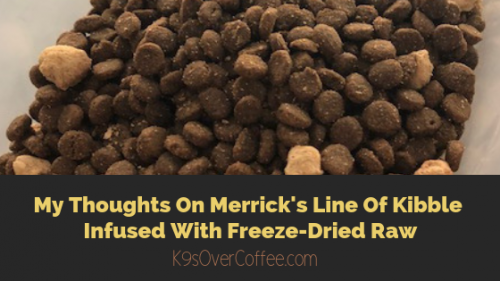 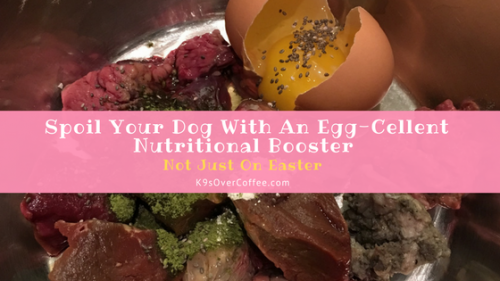 Spoil Your Dog With An Egg-Cellent Nutritional Booster – Not Just On Easter! 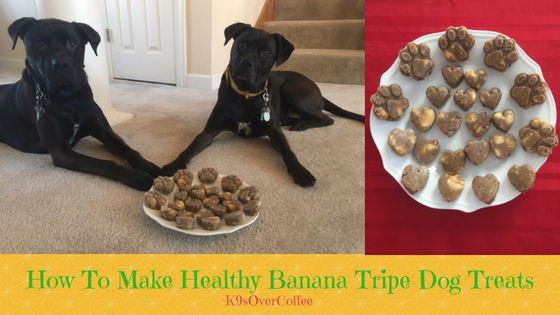